MASS SHOOTINGS: WHAT ARE WE WAITING FOR?


The latest US mass shooting in Dayton, Ohio, less than an hour from my home town, left nine dead and 26 injured. It has the dubious distinction of being the 250th such attack nationwide, this year! And the second in just over half a day. The other one was in El Paso, Texas, just thirteen hours prior. Between the two mass shootings within a 24-hour period, the casualty list included 29 dead and 52 wounded. This is a much more horrifying list of dead and wounded for a single day than those reported in many a war zone worldwide.
Both attacks—the one in El Paso and the one in Dayton—were carried out with high-capacity assault rifles (purchased legally in the case of the El Paso domestic terror attack—let's call it what it is), while in Ohio, we still don't know whether the mass-murderer was legally armed or not. 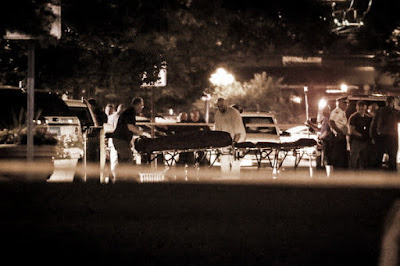 In El Paso, the shooter used a legally purchased Kalashnikov AK-47, a highly popular and highly effective combat weapon of the type carried by the Viet Cong during the Vietnam War. In the Dayton shooting, the killer's weapon of choice was a .223-caliber assault rifle. He had multiple high-capacity magazines, most of which he was unable to use, thanks to the fast and highly effective work of the Dayton PD, who promptly killed him.
This description corresponds to an M-16, the exact same weapon I was trained with during the Vietnam War era and that I carried on numerous alerts with the 32nd Army Air Defense Command in Europe, while many of my fellow veterans used it extensively in combat in Vietnam and Cambodia.
A number of veterans I've spoken with, including my childhood friend Steve Combs, who was decorated for his actions as an American Special Forces NCO in Vietnam, concur with me that this type of weapon has no place in the hands of civilians. So too does another friend with a long career in law enforcement, former Ohio Deputy Sheriff John Curry. Anyone who has undergone training with an M-16 knows that its only purpose is to lay down heavy fire and to kill or incapacitate as many of the enemy's number as possible. It is not a hunting rifle. It is an anti-personnel weapon specifically designed to kill large quantities of enemy combatants quickly and effectively in the shortest time possible.
The M-16’s accuracy as a semi-automatic weapon is legendary, within an effective range of up to 550 yards. An experienced shooter can fire between 40 and 60 rounds a minute on semi-automatic. On full automatic, this weapon can lay down withering fire at a rate between 600 and 800 rounds a minute.
The Dayton shooting clearly demonstrated these grim traits, since the shooter was able to kill or wound 35 people in under a minute. Had it not been for the stellar performance of Dayton police, the casualties could have easily run into the hundreds.
Despite appearances, this wasn’t a battlefield. It was the nightclub district of a quiet Midwestern city. In El Paso, it was the local Walmart. In neither place could any of the victims have guessed that they would come under fire while shopping for groceries and other items, or while they were out for a Saturday night of fun. All of the people killed or injured were innocent bystanders targeted by a crazed sociopath. 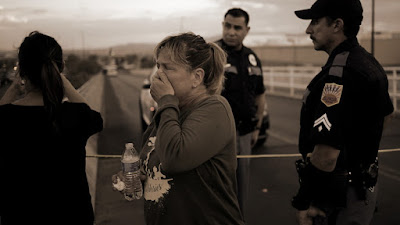 Clearly, this is not something ordinary everyday people should have to think about. But the reality is that today they must, every time they go out of the house, considering the now sadly common frequency with which anyone, anywhere in America, can suddenly be targeted by a domestic terrorist with a weapon of war that has no business being in his hands.
Politicians on both sides of the aisle are skirting this issue because they are afraid of what tackling it will do to them with gun owners at the polls. This is the case as well of people who continue to staunchly defend the supposed right of any citizen to have any weapon he or she desires, including arms that should be strictly military grade ordnance. How many more people have to die or be injured in mass shootings before the nation’s political leaders realize there’s something very wrong in the United States? Something that doesn’t happen at this level, outside of war zones, anywhere else in the world.
Will defenders, not of the right to bear arms, but of the right to own military-grade weaponry, need to lose members of their own families in random mass shootings before they wake up? And will politicians wait to act until their constituents make it impossible for them to punt with regard to ownership of weapons of war, while continuing to accept vast sums of National Rifle Association hush money?
There's a lot more at stake here than whether or not the Second Amendment implies that any citizen should be able to own enough ordnance to start their own private war. What's at stake is the safety and security of American streets and public places. What’s at stake are the lives of friends and family, people we all know and love.
Nobody ever thinks that it will happen where they live... And then it does.