A CAP I'D WEAR 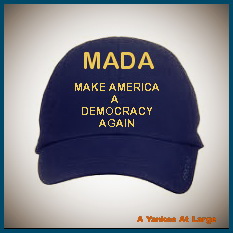 I've just received a letter from the progressive action group, Justice Democrats, asking me to sign a petition against the DNC's making billionaire Mike Bloomberg an exception to rules applied to all other Democratic hopefuls. If you're not familiar with this group, here's the Wikipedia entry on them.
https://en.wikipedia.org/wiki/Justice_Democrats 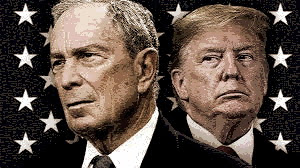 Many of you will not agree, and I respect your position and, as Voltaire said, will defend to the death your right to hold it. But I'll be signing the petition. Personally, and despite being an independent voter, I don't want to see the Democratic Party usurped by another billionaire the way the GOP was usurped by one in 2016. So far, Bloomberg appears to have thought himself above the primary debating process. He apparently hasn't wanted to get his hands dirty—as former Vice-President Biden has, for instance—duking it out on a stage populated with also-rans. So he has remained above the fray. He seems to be waiting until only those "worthy of him" are left standing.
Rules are rules. Liberals should stand for equality.
Here's an excerpt from the Justice Democrats' letter:
"After the 2016 election, the DNC set rules to require any 2020 presidential campaign to meet a polling threshold + number of donors threshold to make it onto the official debate stage. They stuck to the rules at first. Even though they prevented Julián Castro and Andrew Yang from being on stage in the last debates. Rules are rules!
"Right before jumping in the race, Michael “Billionaire” Bloomberg sent the DNC a $325,000 check. Now the DNC has announced they’re clearing the number of donors requirement to allow Bloomberg on the next debate stage.
"The DNC seems to be rigging the system to allow a second billionaire on the stage.
"Justice Democrats exists to remake the Democratic Party from the inside out. We are electing a slate of bold, progressive, uncorrupted candidates who will listen to Democratic voters, not donors. But we can’t do it alone."
Here's a link to sign the petition, if you're interested:
https://www.dailykos.com/campaigns/forms/add-your-name-condemn-the-dncs-decision-to-allow-michael-bloomberg-to-buy-his-way-onto-the-debate-stage?one_click_ab_redirect=true&ab_page_name=dkandjusticedems&ab_refcode=20200210DNCbloomberg&amount=5.00&widget_st

Here's a piece from Insider backing the Justice Democrats' claim:

Email ThisBlogThis!Share to TwitterShare to FacebookShare to Pinterest
Labels: Bloomberg only hopeful to donate to the DNC, Dan Newland, DNC Rules, Michael Bloomberg 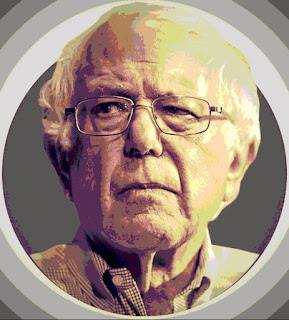 I'm not one to gloat, but I have to say I really, really enjoyed watching the talking heads on CNN last night and this morning attempting to explain why they have been ignoring or belittling Bernie Sanders up to now, and why they failed to read the trend that was plain as the nose on their face.
Kudos to Van Jones for calling bullshit and pointing out that this was the same thing they had done with Donald Trump—ignored a major trend in order to push the boss's agenda. Big Media is Big Business and Big Business is scared to death of Bernie and of anything or anyone that sincerely promises a better future and greater democracy for ordinary Americans. And Big Business interests are why Ted Turner eventually got voted out as the outspoken CEO of the uniquely innovative news organization that he founded.
I'm not saying that the DNC with the help of Big Media, Big Pharma and Big Oil won't still find a way to flush Sanders out of the race. But in the meantime, there are a lot of people who will be dining on crow.