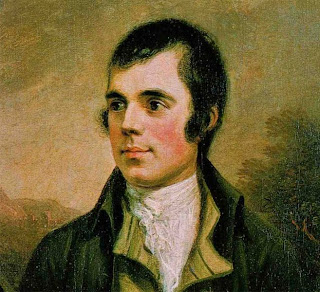 As Robert Burns has frequently been paraphrased, the best laid plans of mice and men often go awry. Writing is, by far, the most important thing that I do in my life. Or at least it is to me, personally. And although for much of my adult life I have, indeed, kept the lights on and put bread on the table with the written word, it is also true that the most creative kind of writing that I do hasn’t always been what paid the rent. Especially when, like now, I’m involved, whenever time permits, in creative writing projects of my own that take a long time to develop and the future success of which is anything but certain.

But you keep on writing, because that’s what writers do. We can’t help it. We might torture ourselves for years, asking ourselves why we do it. But that won’t stop us. It’ll just make us impossibly neurotic and hell to get along with, until we finally come to terms with the fact that what isn’t worthwhile is not the writing, but asking ourselves the ‘why’ question.

If we writers had no other place to do it, we would write in the dust, on rocks, on the back of our hand, all the way up our arm until we got impossibly lost in our own armpit, or perhaps we’d just write on the back of a shovel with a piece of charcoal, Abe Lincoln-style. Our legacy was bequeathed to us by those first primitives who sketched pictograms of the things they saw on stone overhangs and in caves. They too were different from the others—crazier, the others probably thought, just as they still think now. Those ancient scribes couldn’t help themselves either. They just had to make a ‘written’ statement, communicate what they observed. Others must have shrugged and said, “Why bother? The antelope’s standing right over there, bozo! We see it! What do we need a symbol for?” And our writer ancestors might well have said, “Ah, yes, you see it, friend, but do you see it?”

But I digress. I was talking about plans going awry. My plan, since I started blogging a couple of years ago, has been to get to the place where I’m organized enough to be able to give my readers (whom I thank from the bottom of my heart for their patience and loyalty) a specific day on which each of my three different theme blogs will come out. Say like, Translator’s Handbook every Monday, A Yankee at Large every Wednesday and The Southern Yankee every Friday. Or some other, perhaps less demanding arrangement, but something that readers could count on.

I realize all too well that this is the only way to build a respectably large and loyal readership. Because, in the end, when you decide to write for the public—no matter what you write, be it print, electronic, daily, monthly, quarterly or what have you—you make a tacit commitment to your readers (even if they number no more than a handful) to produce. This said, I also realize that no matter how much I beat myself up over not ‘normalizing relations’ with my readers and providing them with a specific blog on a specific day, thinking that I can may well be a case of operating on the strength of my own vivid imagination.

And here’s where Robert Burns and his mice come in. My failure, so far at least, to be able to make this kind of regular commitment as a blogger has been a matter of survival. I’ve had the extraordinary good luck of having been able to make my living as a wordsmith, in one capacity or another—reporter, editorialist, op-ed writer, feature writer, translator, style editor, etc.—ever since I decided to turn my writing from a hobby into a profession, thirty-six years ago. For two decades, I did this as a staffer and stringer for a variety of magazines and newspapers, while also translating on the side. Admittedly, there was a certain security in this because there was always a paycheck at the end of the month.

Free-lancing is tougher. Whether or not you work (and eat) depends entirely on you. You can decide to take the day off, the week off, the month off. But ultimately, if you don’t circulate, if you don’t promote yourself, if you don’t actively seek out clients and consistently prove your expertise, you’re dead in the water. But having made my living this way for over a decade and a half—actually, more like eighteen years, now that I think about it—I would never want to go back to working for someone else. I sometimes have nightmares where that’s precisely what happens, where I’m back in an office working for somebody else and everything is going wrong, and even though none of it is my fault, I know I’ll be to one who is blamed because I’m in charge. Actually, in real life, that was pretty much how things used to work. So the dreams come as no surprise. However, once I sit bolt upright, wet with sweat and heart pounding, I can always reassure myself that, yes, it was a just a nightmare and, no, that’s not happening again, ever. I’ve been my own man for eighteen years and will continue to be until my shadow sets me free.

But, admittedly, this freedom thing has its ups and downs. One of the downs came recently, in the wake of the worldwide economic crash. Weeks, months went by, with nothing much but the sound of the crickets to accompany me. But for once in my life, I didn’t worry. I spent the time well: writing, reading, what else? And that included trying to turn out better- and better-quality work for my blogs.

Then suddenly, one morning everybody seemed to get up, open the window, look out at the sunshine and say, okay, enough of this depression crap. Let’s get to work! And in a matter of a week, I, all of the sudden, had numerous projects for which to post bids. And one of the two best ones immediately came through: working as part of the research team for an author with whom I had already worked previously as a translator. The job consisted of reading books, lots of books, and reporting on them. I could do the hell out of that job!

But no sooner had I started on that assignment, than the other best option came through: the translation of an important book for a major international publisher. Let me just say that, despite how lackadaisical I might appear, with respect to my blogs at least, I’m a workhorse. From the time I was very young, workaholism has often been one of the vices I have fallen into. And although I no longer have the sustainable energy to make a steady diet of it, I do tend to go on rampaging binges from time to time. These last few months have been one of those times, since I blithely told myself, “I want both of these jobs. Relax, everybody,” I said, “I’ve got this!” And a I did and do have it. And, in fact, have completed one of the jobs—the book translation—and can now take a deep breath and continue, much more serenely, with the other one.

But this is precisely what brings me to my point about best laid plans. Professional that I am, I have been conditioned to believe that whatever I am assigned or contracted to do should take priority over everything else (even including weekends, holidays, normal workdays schedules…literally, everything). This said, what I want you, as my treasured readers, to know is that priority is one thing and importance another. And when I’m writing a blog entry, I don’t figure there is anything more important in the world than making that the best piece of writing I’m capable of at the time. Nor is anyone more on my mind at those times than the reader, whomever he or she might be, and no matter whether my readership numbers one or a thousand and one.

This, by way of explanation—and apology—for my long absence. I’ll try hard to reserve a bigger chunk of myself for both of us in the future.