Okay, here's another thing Americans can "thank" the Trump regime for: Destroying the US Postal Service. It's just one more American institution that Americans can no longer trust after the Trumpster onslaught. Trump appointed  Louis DeJoy Postmaster General just a few months before the 2020 election with the obvious secret mission of torpedoing the Postal Service in an attempt to curtail mail-in voting, whether absentee or early ballots. 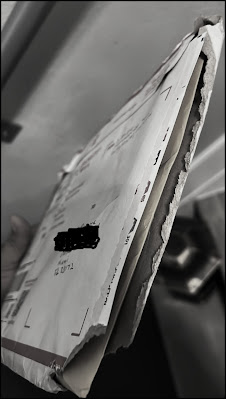 The idea was that Democrats were the ones most likely to utilize mail-in services, that MAGA Republicans were the type of people who would go to the polls on Election Day and physically vote for their candidate, since they entertained numerous conspiracy theories about mail-ins being altered, fraudulent, or simply thrown out, when it was to the advantage of the Democrats. In other words, in a purposely crippled post office, the votes that wouldn’t make it to their destinations on time would most likely be Democratic votes.

DeJoy immediately set to work ripping out hundreds of public mailboxes, shutting down postal branches and laying off postal workers. In a move that Trump saw as advantageous to his cause—although not advantageous enough, as it turned out, to counteract the seven million-vote margin by which he lost the 2020 election—the USPS ended up being cast into chaos by the enormous volume of extra work that the general election signified while also having to deal with branch closures and personnel layoffs and slashed financing. On top of these other handicaps, DeJoy also ordered the removal of vital mail sorting and handling equipment that might have made the job of managing the increased volume easier.

In early August of 2020, three months before the election, DeJoy described his actions as seeking to fix “a broken business model.” With that announcement came the reassignment or removal of twenty-three senior postal officials including two top executives whose job it had been to oversee day-to-day operations.

Virginia Democrat Gerald Connolly, the representative who chairs the House Post Office and Civil Service Committee, which oversees the USPS, countered DeJoy’s announcements by stating that the so-called “reorganization” spearheaded by the new Postmaster General was actually “deliberate sabotage” of the Postal Service.

As customers began to complain en masse about the sharp deterioration in postal services, DeJoy said that these perceived service failures were “unintended consequences” of his cost-cutting reforms. But it wasn’t until congressional pressure prompted the postal inspector general’s office to announce a review of DeJoy’s policy changes, and until an investigation into whether he was complying with federal ethics rules was initiated that DeJoy announced he was suspending his reforms until after the election.

Postal workers and the postal union, for their part, said in no uncertain terms that DeJoy’s measures were clearly designed to hamstring the postal service and slow delivery dramatically. And in the midst of all this, then-President Donald Trump admitted in an interview that he himself was blocking post office funding as a means of discouraging and curtailing mail-in voting.

The IG’s probe scared DeJoy enough that he eventually reiterated that he would be halting any further cuts in postal services until after the elections. But the damage had been done by then and he made it clear he wouldn’t backtrack on any “reforms” already carried out.

In the end, what was an obvious maneuver by the Trump camp to throw the presidential election didn’t work. Trump was voted out and almost had to be dragged kicking and screaming from the White House while thousands of his supporters tried to overthrow the government and perpetuate him in power. But the horrendous damage that Louis DeJoy has done to the USPS persists—as does he in office—up to the present day. How extensive is that damage? Estimates tend to show that his moves to essentially cripple the postal system—while claiming to be making it more cost-effective—have affected about forty percent of all first class mail services, rendering them slower by a ratio of more than a hundred percent.

So why is DeJoy still heading the PO? From the time he entered office, President Biden has sought to remove him, but the decision regarding whom the Post Master General will be doesn’t lie with the president. That is the province of the USPS eleven-member board of governors. When Biden came to office, the chairman of that board was a Democrat. So one would have thought it should be a slam-dunk that DeJoy would be packing his bags. Not so. The Democrat in charge, Ron Bloom, ended up demonstrating himself to be DeJoy’s biggest ally, saying that he thought the Trump-appointee was “the proper man for the job”. This, despite the fact that DeJoy—a major GOP donor and fundraiser—famously had zero-post office experience and was the founder and CEO of New Breed Logistics, a freight hauling and logistics company that, still today, holds contracts with the USPS and that, potentially, would stand to benefit from the deterioration and privatization of mail delivery services.

So what was it about DeJoy’s profile that persuaded Bloom that he was the man for the job, despite the president’s profound reservations? Well, the fact—as revealed in his financial disclosure documentation—that DeJoy bought about three hundred thousand dollars-worth of bonds from an asset management firm owned by Bloom might have had something to do with it. This led some Democratic senators to confirm that they would not be supporting Bloom’s re-nomination for chairman when his term was up last December, but it failed to solve Biden’s immediate goal of replacing DeJoy.

When Bloom’s term finally expired, the USPS Board of Governors immediately turned around and elected as its chairman Roman Martinez IV, a staunch Republican, who again declared that “The best team needs a leader, and I believe that Postmaster General DeJoy is that person, to carry out the restructure that is needed.”  And so it has gone, with the current White House agonizingly seeking to inch closer to removing the Trump appointee—who continues to pose a clear and present danger to the postal voting system, which once formed part of the underpinnings of an ever more inclusive democracy—but still to date unable to swing it. 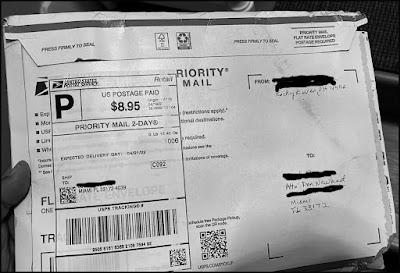 I recently had a chance to discover just how disastrous USPS services have become under DeJoy. Last April, when I was planning a trip back home to the US from my home abroad in Patagonia, I asked my sister, whose address in Cleveland is my stateside residence, to send me some important documentation I would need on my arrival in Miami before I continued my journey to Ohio. A close and trusted friend of mine in Miami agreed to receive the documentation at his home.


My sister sent the package of documentation about ten days before my arrival date. Trusting in the Post Office efficacy that people of our generation had come to expect, she decided to ship it via two-day priority mail from Cleveland to Miami. I told my friend in Miami to expect the package anytime within the next forty-eight to seventy-two hours. This was in mid-April and the priority tag on the package metered in Cleveland said the estimated delivery date would be 04/21/22. I was arriving in Miami on the twenty-sixth. When the package hadn’t arrived by the twenty-third, my friend notified me. I told him not to worry, that it was sure to come while I was in transit.

But when he picked me up at Miami International on the twenty-sixth, he told me that it still hadn’t arrived. He said that he’d been so worried that he had gone to see the postmaster at his local post office. They put out a tracer and it came back saying that the package had arrived in Miami from Cleveland on the twentieth and had been “given to an agent for delivery.” So who was the agent, my friend wanted to know? The manager said we’d need to contact the central post office in Miami for that.

I was getting more and more incensed. This was priority mail, with a tracking number and strict delivery date. And the USPS had no idea where it was? The guy we talked to said the post office only tracked it until it reached the branch from which it would be turned over for final delivery. After that, it wasn’t their problem. But wasn’t the whole idea for it to be delivered to its final destination? Sure, but that was up to the contractor. And the USPS doesn’t bother having some way of knowing what happens to a piece of priority mail once the contractor walks off with it? The guy was like, hey, I just work here. 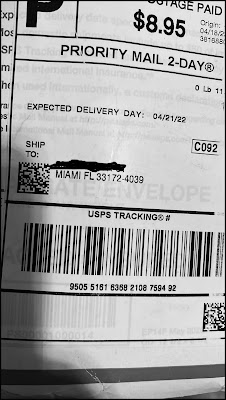 My sister and I made further inquiries but got no satisfactory answers. The branch post master in Cleveland from which she’d sent it told my sister that “this sort of thing happens all the time in Miami.” And an official that my friend in Miami spoke to said, not to worry, that it’d probably turn up eventually. “Sometimes these contractors will ship mail to Panama or someplace and back before they ever deliver it. We have no control over their routing schedules.”


Eventually, I had to cut my losses and take emergency measures through my bank and the three main credit unions to ensure no one could use the information in the package to take out loans, pay liabilities or make purchases in my name. I also had to get a whole new set of credit and debit cards, which meant that I had to pay cash for my hotel and all other travel services until I reached Cleveland. And after a month or so, I just tried to put the incident behind me and promised myself never to use the post office again.

Fast forward to yesterday, a full four months after my sister mailed me the “priority” package, and my friend in Miami sends me the pictures illustrating this entry. Pictures of my priority package that, finally, reached his home. In the time it took, a mail carrier could have walked from Cleveland to Miami to deliver it. And when it finally did arrive, it was with the priority mailer package that the Cleveland post office placed it in ripped open.

So I’d like to thank Donald Trump and his hatchet-man Louis DeJoy for curing Americans of yet another fantasy about the sanctity of long-held American traditions and trusted institutions. Trump and MAGA Republicans will make cynics of us all yet!