You don’t hear it much anymore, but there is a saying that every cloud has a silver lining. I’ve been thinking that perhaps that’s true even of the shameful events that we have just witnessed in the United States, where, for the first time in history, a sitting president sought to use violence, sedition and insurrection as a means of rejecting a peaceful transfer of power after he lost an election. 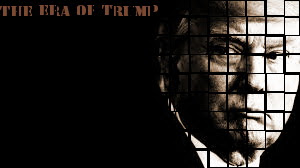 After giving it a lot of thought and, as the Spanish expression goes, consulting the matter with my pillow, I have decided that small-d democrats owe Donald J. Trump a debt of gratitude, so let me just say thank you for a few things that he has done.

- For demonstrating clearly from Day One that your sole “policy” was to destroy every achievement accomplished by the previous administration, while taking credit for the economic recovery that it had fostered after the worst crash since the Great Depression. And, once that was underway, for also showing a complete and utter lack of respect for every basic American tradition and institution.

- For making it clear from the outset that you bought into everything that diminishes an erstwhile democratic country’s leadership and greatness: xenophobia, isolationism, radical nationalism, racism, religious discrimination, inequality, disrespect for science and education, and scorn for the rule of law.

- For showing a crystal clear lack of any and all empathy by means of demonstrative actions such as separating migrant and refuge-seeking parents from their children for the “crime” of daring to seek a better life in a nation once known as the melting pot of the world and as a country that once took pride in being a nation of immigrants. And, furthermore, by locking those children in cages, often deporting their parents without them, then losing track entirely of the family ties between one and the other so that many, hundreds, perhaps thousands, of those minors had to be placed in foster care, with a full five hundred forty-five of them being lost—yes, lost!—without a trace, as only had previously happened in some of the world’s worst dictatorships.

- For never even pretending to be honest. Telling lies one on top of the other, by the hundreds, by the thousands, by the tens of thousands, lies so blatant and so provably false that they have actually been collected for posterity by fact-check nerds.

- For never making any attempt at disguising the fact that you didn’t believe in democracy or the rule of law. For praising some of the world’s worst dictators and considering them “strong” compared to democratic leaders whom you always sought to cast as “weak”.

- For further underscoring your love of bad actors on the world stage, by not only praising and treating them with deference, but also by insulting and alienating practically all of our traditional allies, including the very closest ones, who have stood by us in the North Atlantic Treaty Alliance since World War II.

- For providing proof positive of your contempt for urgent international efforts to keep the global environment from becoming uninhabitable in our children, grandchildren and great-grandchildren’s lifetimes by pulling us out of the greatest climate accord ever developed and in the creation of which, the United States was instrumental. (See item one).

-  For clearly expressing your disdain for world peace in general and in peacemaking in the Middle East in particular, by acting as if a nuclear treaty with Iran that was impeccably engineered, carefully negotiated, painstakingly debated and internationally orchestrated among numerous countries was just so much toilet paper stuck on your shoe, and scraping it off, leaving the rest of the world community to deal with the results. For empowering your friends in Saudi Arabia’s murderous dictatorial regime to foster the world’s worst humanitarian crisis in Yemen. For handing Syria over to Russia and its bloody puppet regime, whose leader, Bashar al-Assad, has slaughtered, jailed and tortured hundreds of thousands of his own people and created the world’s worst refugee crisis. Also for showing your true colors by first using courageous Kurdish fighters to help defeat the ISIS Islamic terror organization along the Syrian border and then abandoning them to their fate when your Turkish dictator friend  Recep Tayyip Erdogan attacked them ruthlessly in the void you left.

- For blithely ignoring the COVID-19 crisis, seeking only to find “a silver bullet” vaccine before election campaign season began, but suppressing vital information, failing to provide timely distribution of medical equipment, ignoring the need for a national strategy to deal with the worst pandemic in a century, treating it only as an inconvenience for the success of your presidency and convincing your base that it was “fake news”, in the process rendering the US the worst-hit nation on earth, at a cost of hundreds of thousands of deaths that could have been avoided, and then downplaying the incredible achievement of two viable vaccines in just nine months—a world record—because they didn’t arrive in time to be useful to you in your run for a second term.

- For warning us time and again that you would refuse to leave if you didn’t win a second term. That you would, in effect, cling to the power that you believed to be yours rather than that of the office entrusted to you. That you were willing to do whatever it took to remain—lie, cheat, steal, organize your own army of white supremacist fanatics. That even after a second term you might go for a third or even—like the Russian, Chinese and North Korean authoritarians you so admire—go for president for life.  (Bless our naïve hearts, we thought you were kidding)!

- For trying to incite a populist coup by calling in your fanatics from all over the country and sicking them on the two houses of Congress that were in session to certify the election that you clearly and unequivocally lost by seven million popular votes and seventy-four electoral votes, thinking that you could halt the democratic process by force and that that would be enough for you to remain in power—that and a little help from a handful of autocrats in the Senate and a few dozen undemocratic interlopers in the House. For sparking, thus, the first invasion of the hallowed halls of Congress since the early eighteen hundreds when the British thought they could take back their lost colonies by terrorizing the American Legislature and adding a new Day of Infamy to the history of the United States of America.

- For making clear your deep feelings for domestic terrorists springing from their mindless loyalty to you over their country—a senseless mob, who faced off with overwhelmed law-enforcement and held US representatives and senators hostage while ransacking the halls and offices of the Capitol Building, the most sacred and living symbol of American democracy—by telling them that you “loved them” and that they were “very special” to you. Just as you did during the Charlottesville riots, where you referred to them as “very fine people”.

- In short, within your complete general lack of honesty, for never having been dishonest about who and what you were: a sociopath, a narcissist, a man who never has had an unselfish thought, a person with a twisted and broken inner child, an unprincipled, self-serving, undemocratic, un-American, autocratic, misogynistic, racist misanthrope who has given new and sad meaning to the idea that anyone can become the president of the United States.

Thank you for all of this, Mr. President, because perhaps the people of the United States, or at least the majority of us, have learned some valuable lessons springing from the Era of Trump:

- That democracy cannot be taken for granted.

- That while our institutions may be highly resilient, they are also vulnerable, and only as good as the people who exercise them.

- That character matters in political candidates and the facts weigh more than “beliefs”.

- That democracy and populist personality cults are opposites.

- That no matter how the players and names may change the system must remain strong and inviolate.

- That the office of the presidency can only be respected if the person exercising it respects it and is respectable.

- That if the people we elect to office do not believe in America’s founding principles then we have misplaced our vote and our trust and they must be voted out of office or impeached for violating those sacred principles.

- That checks and balances work as long as the people exercising them believe in them and enforce them.

- That a military that is loyal to the Constitution and a Supreme Court that is firmly grounded in the rule of law are the last line of defense for democracy.

And, finally, that no matter how far-fetched a notion it may have seemed four years ago, the establishment of an authoritarian regime in the United States of America is only impossible if those whom we choose to lead us are unequivocally determined to protect us against it and to defend the Constitution in both letter and spirit.

Well said! I love the way you included all I was thinking and more.