For anyone who is not a radical supporter of the current US president, it is next to impossible to understand how Donald Trump managed this past week to congregate thousands of people for two presidential campaign rallies in Oklahoma and Arizona in the midst of a national health crisis. Despite the fact that both events were hardly the blockbuster populist outpourings that Trump would have wished for (he was reportedly furious about the relatively paltry turnout) they still brought together a combined total of around ten thousand supporters in conditions that, considering the times we’re leaving in, were utterly insane—zero social distancing, practically no face masks, and an attitude demonstrated by the chief orator of derision toward the recommendations of those in charge of organizing the country’s fight against the worst pandemic since the 1918 worldwide influenza plague. 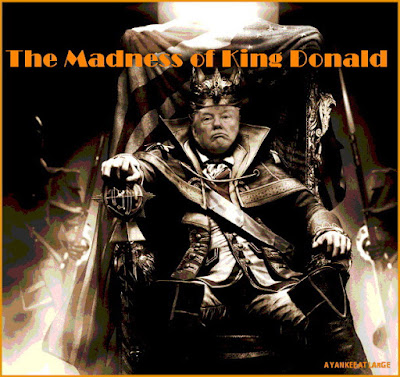 Largely as a result of the confusing, unsystematic, generally lax and basically capricious policies put in place by the Trump administration in the face of the devastating COVID-19 coronavirus pandemic, the US has garnered the dubious distinction of being, certainly, the Western nation that has worst handled this global health crisis at a federal level, and the country that has been worst affected by this modern-day plaque worldwide. Deaths as a result of the pandemic in the US have soared to nearly one hundred twenty-five thousand. Comparatively, that figure surpasses by nearly twenty-five thousand the combined total deaths of US military personnel killed in the Korean War, Vietnam, the Gulf War, the Iraq invasion and the War in Afghanistan. And it represents twenty-five percent of all coronavirus deaths worldwide, in a nation that boasts only a little over four percent of the global population.
These figures are a catastrophe by any reasonable standard. Especially since, as medical experts, including the Center for Disease Control’s Dr. Anthony Fauci, keep telling us, many of the infections and deaths that the United States is suffering are easily avoidable by following simple rules of what should be compulsory use of masks and the implementation of logical social distancing measures. Neither of those precautions was in evidence at the president’s populist-style rallies. Trump’s event organizers did offer masks to participants, which they rightly assumed the vast majority of attendees would not accept, due to their adherence to their leader’s contempt for this preventative measure. But offering them—like signing a waiver, which the organizers also required of those attending—let the president off the hook in case of potential laws suits based on the grave health risks to which his followers were being exposed.
And the risks were, undoubtedly, grave. A good indicator of this is the fact that the Secret Service agents who accompanied the president to the rallies have been placed on sick leave and preventatively quarantined. And several members of the point team organizing the event have tested positive for the virus, which, medical experts now know, can cause permanent damage to the victims’ lungs. Considering that the US is in the grip of a new and soaring peak in infections and death, the idea of holding this sort of indoor rallies, even if masks had been required, was nothing short of madness. 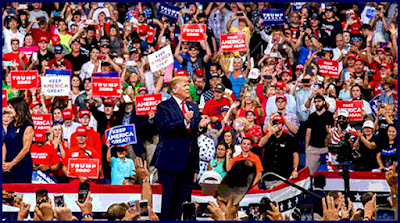